Long Overdue Ride Out with an Old Friend

Actually I am from the Black Country via Birmingham, but as everybody knows the West Country is very popular with us Brummies! In fact from the 50’s until the early 90’s it was off to Weston-Super-Mare or Brean for hordes of us in ‘factory-fortnight’.  It was the closest bit of coast for us land locked Midland folk.

My family was no different as we crawled down the M5 in a hopelessly overloaded Ford Zephyr. What has this got to do with motorcycling I hear you all mumble? Well one of the sons of the family we used to join there in the 70’s remains a friend to this day. Mike was instrumental in the early days of my biking career: He took me to the 1981 Bike Show at the NEC and the old Transatlantic Races at Donington Park. He was the owner of the first ‘big-bike’ that I ever encountered, a brand new GT380 Suzuki in 1972. I was one impressed seven year old

I started biking in 1982, but somehow Mike and I have rarely ridden together and never done a proper bike trip. Even a small one. This had to be put right and so it was that I loaded up my R1200RS BMW and headed west my boy. Mike and his wife now have a static caravan in Brean, so he joined me on route on his BMW F800GT. His tin shack will be an ideal weekend base

Good just to be out there

It was great to be riding with him even if the distance was modest and the roads relatively undemanding. The simple act of heading away from the rat race for a couple of days is all you need sometimes.

It is weird how we have both taken a meandering biking journey but somehow would up on two such sensible bikes. Between us something like 70 bikes have suffered at our hands: From screaming two strokes to knackered hacks. Now here we are cruising along smoothly and steadily on pair of BMW sports touring machines. 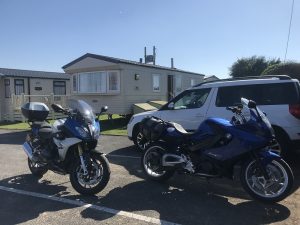 Two twins and a Tin Shack

Traction control kerbing any excess and ABS standing ready to jump in if anything hairy happens. I do wonder sometimes if biking has taken the right road. The rebellious edge of our youth seems but a distant memory sometimes!

The BMWs gobbled up the modest distance without recourse to TC or ABS and Mike and I had a cracking couple of days exploring the local area and ‘quality checking’ a number of local hostelries once the bikes were parked up for the evening
I will let a few pictures tell a bit of the tale now: 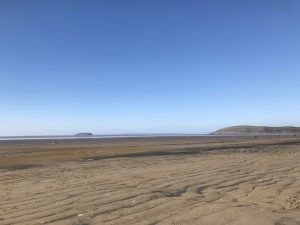 Brean Sands on a quiet spring morning, looking out to the Down. 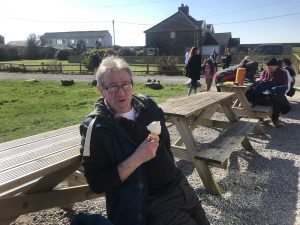 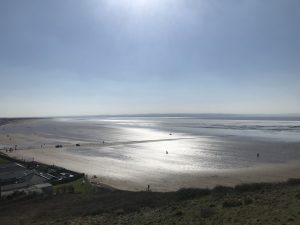 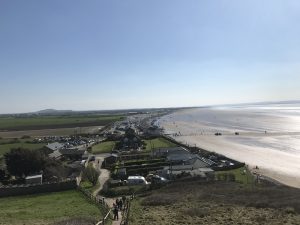 The abandoned fort was the home some bonkers experiments in WW2. Worth getting to the end of the peninsular to have a poke about. 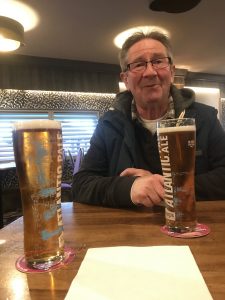 Checking the quality of the local pubs 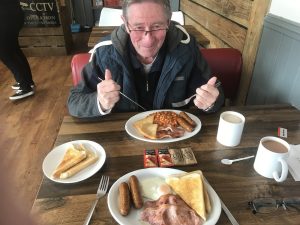 Just like Ice-Cream, its the law to eat bacon while on a bike trip

The run back home we sliced through the twists and turns of Cheddar Gorge, another childhood haunt. It was way more fun hacking the RS around those bends than being stuck in a baking hot Ford Zephyr I can tell you! It was interesting to see how well matched the two BMWs were. Totally different bikes but both clearly showing a common parentage. Make sure you don’t tackle this area in peak times around school holidays. We had a clear run and under these circumstances it is a fun section to ride 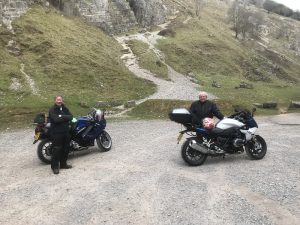 Mike and I with our bikes in Cheddar Gorge All too soon a little break from reality was ever. Ok so not an epic run across the Picos or tackling the NC500. Just simple biking fin with an old mate. Sometimes that is all you need.

The bikes we used: