I have always liked the Vespa 300 GTS Super, it has always been a capable piece of kit. Well built, efficient and a doddle to ride; it gets the balance between retro and modernity just about spot on. However nothing in life is so good that it cannot stand a little improvement. So in that vein the latest 2019 300 GTS Super now boasts the HPE badge which denotes an engine update with a focus on Euro IV compliance and while the ‘clever people’ had their lap tops out they tweaked the mapping to give the 300 and little more pep and throttle response. The looks have also been given a mild makeover with a new front panel, but the surgeon’s knife has been subtle and I would need to stand the old and new next to other to pick them apart. As the GTS looked good before, this isn’t really a problem. 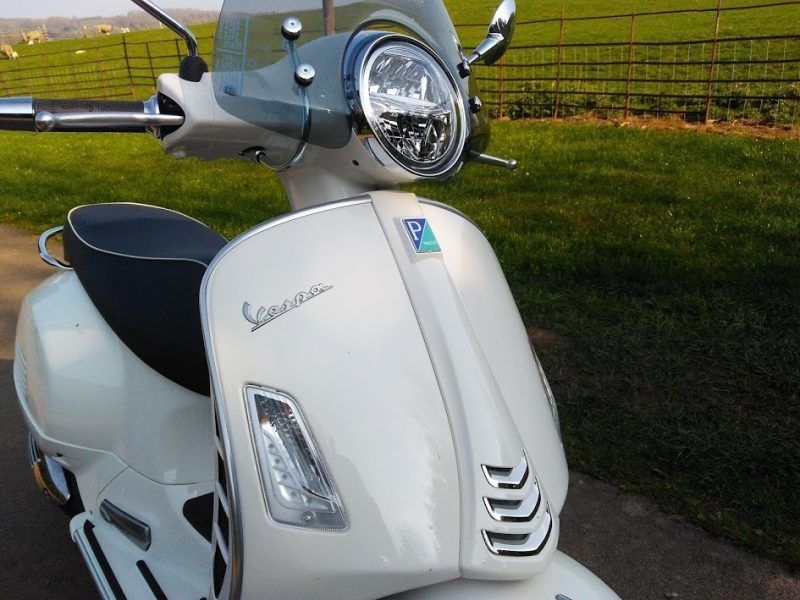 Beautiful day for a ride

To ride all the good stuff remains in place…comfort, brakes and surprisingly stable handling, but the improved power-train is really obvious… much more so that I had anticipated. I rode the GTS along one of my favourite local routes, away from the Stourport on Severn base of the Vespa dealer Readspeed out through picturesque Bewdley and over towards the famous Hill Climb track at Shelsley Walsh. Perhaps not the natural environment for a scooter but the GTS lapped up the twisting and undulating A and B roads with dismissive ease. The throttle response and pick up is now really sharp and you can punt the thing along at a very respectable pace. 70 mph comes up quickly and is held with ease and with a sizeable amount of speed still in hand. 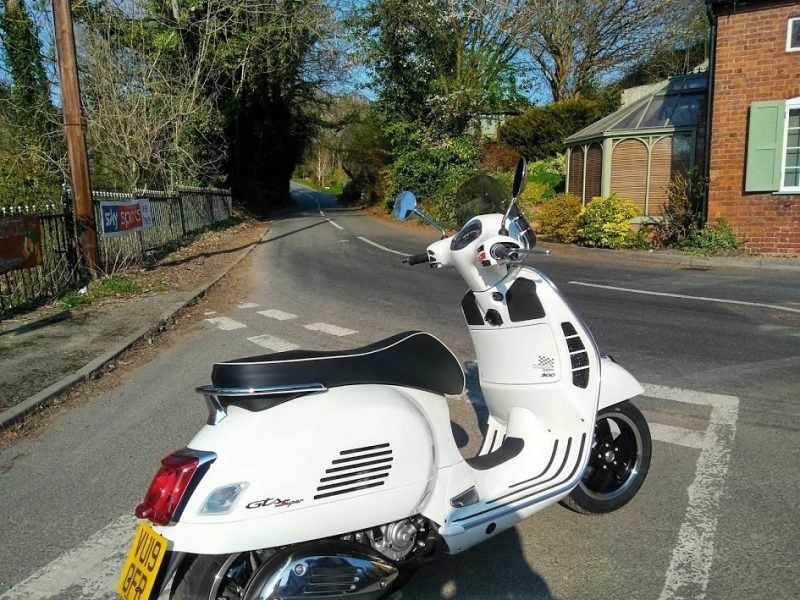 The exhaust is very…how can I put this… polite. Yep that’s the word. This combines with the creamy smoothness of the rest of the ride to conjure up images in my head of wandering through the landscape to the strains of Matt Monroe, or perhaps early an early Style Council track, whereas the more traditional 2 strokes Vespas are perhaps more sparky and edgy, more early Jam!
So in conclusion the engineers and stylists at Vespa have tweaked an already impressive package and made that bit better. I can see the 300 GTS as the ideal companion to a classic scooter in your garage, or perhaps as cool, stylish way of getting about and taking those longer runs in its stride too. An impressive piece of kit, and if you are more Jam than Style Council, buy an Akrapovic exhaust!