The ‘Bobber’ style machine is a very American look with its origins in prewar racing in the USA where bikes were stripped back to help reduce weight and boost performance. It included cutting back the rear mudguard, a process called Bobbing the tail… hence the bikes became to be known as ‘Bobbers’ . In the immediate post World War 2 years customisation of demobbed military Harley Davidsons and Indians took off and look became popular on road bikes ridden by thousands of young veterans looking for excitement that many struggled to find in day to day life after their wartime experiences. It is a paired back minimalist look and in recent years has made a resurgence first in the custom world and latterly amongst the manufacturers themselves. Not only the American manufacturers have caught on but Europeans too. Moto Guzzi joined the fray a couple of years ago with their well received V9 Bobber. It adheres well to the genre; ‘balloon’ front tyres, simple clocks, jet black paint and anything not needed simply isn’t there. The Guzzi is a great looking bike, it’s V twin layout lends itself to the look well 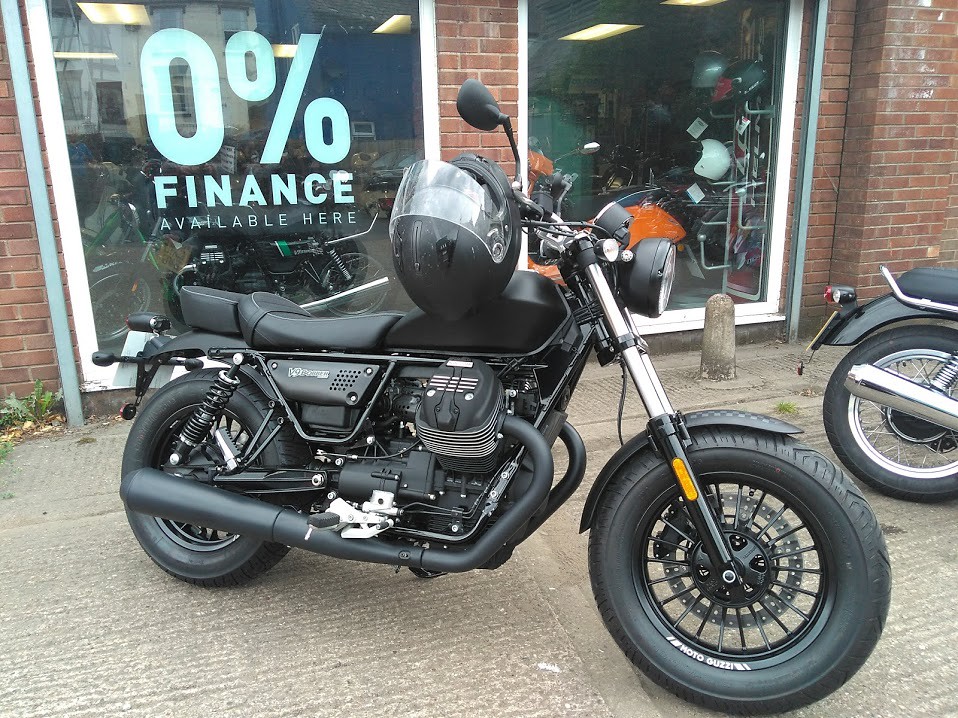 Guzzi have always had strong links with American culture and their bikes were even used by the famous California Highway Patrol for many years. So the blend of American custom culture and an Italian bike works well on the V9…like a Pasta  restaurant in downtown New York. The Bobber is an attractive machine and I hopped on board revelling in the low seat height, kicked back the side stand and thumbed the starter button. The 850cc V twin bursts to life and gives the bike a little ‘shimmey as the torque reaction kicks in. I snicked the bike into first and it engaged with a healthy clunk…Guzzis are a mechanical experience, and pulled away. I checked out the roads that twist and turn around the Worcestershire/Herefordshire border countryside that surround Readspeed the dealer that provided me with the demo bike. I must admit to a degree of surprise at just how well the V9 goes….55bhp and 62Nm isn’t a huge amount of power and torque, but the ballsy delivery of the Euro 4 compliant V twin pushes the bike along at a pace that is a little surprising. However it does need some fruity pipes to prove a proper soundtrack…the European noise regulations have seen to that. I wasn’t sure I would like the way the bike cornered, but again the Guzzi was very capable and fun to throw about. The brakes could cope with the performance on offer and the ride was better than I expected too. Function had not been completely scarified for form, thank goodness. The riding position is upright and the controls are all logical and easy to use. A simple speedometer (no rev counter) gets over the required info well. The bike hides all the modern tech well, it has traction control and ABS, but they are unobtrusive and the Guzzi isn’t the type of bike to call them into action often, but its good to know they are there! Fit and finish was good too, especially the suede look seat and mean black paint. The bike has a quality, solid feel. 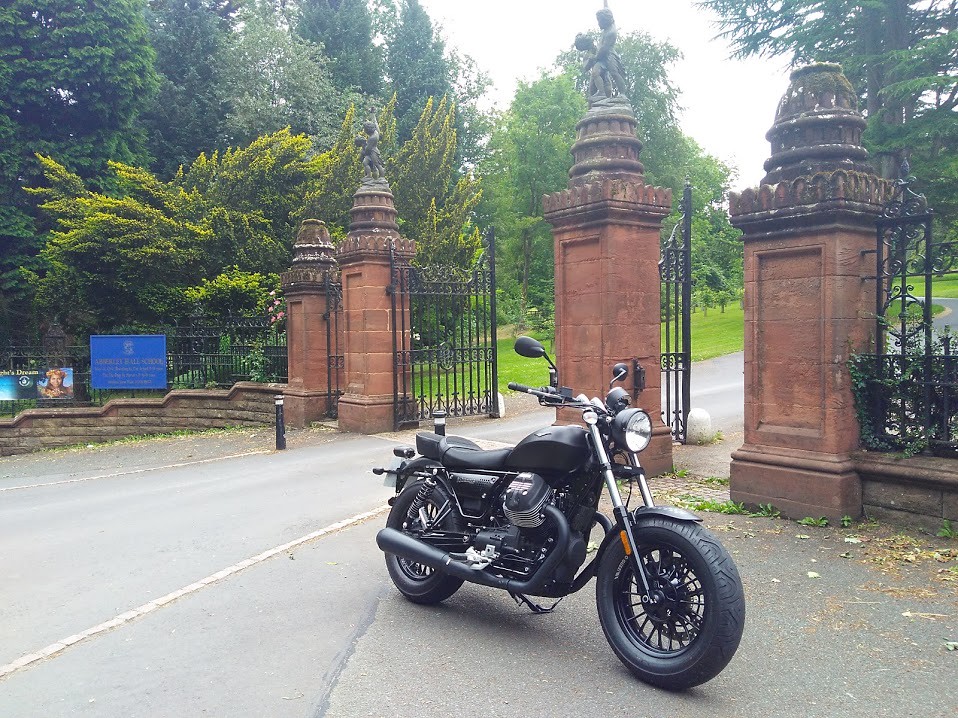 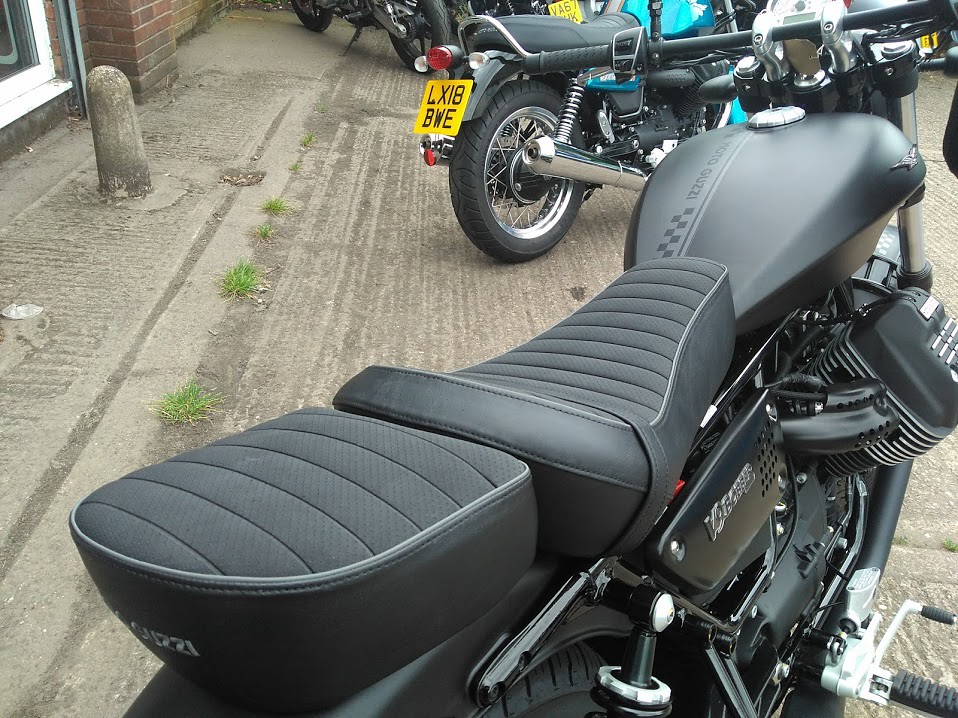 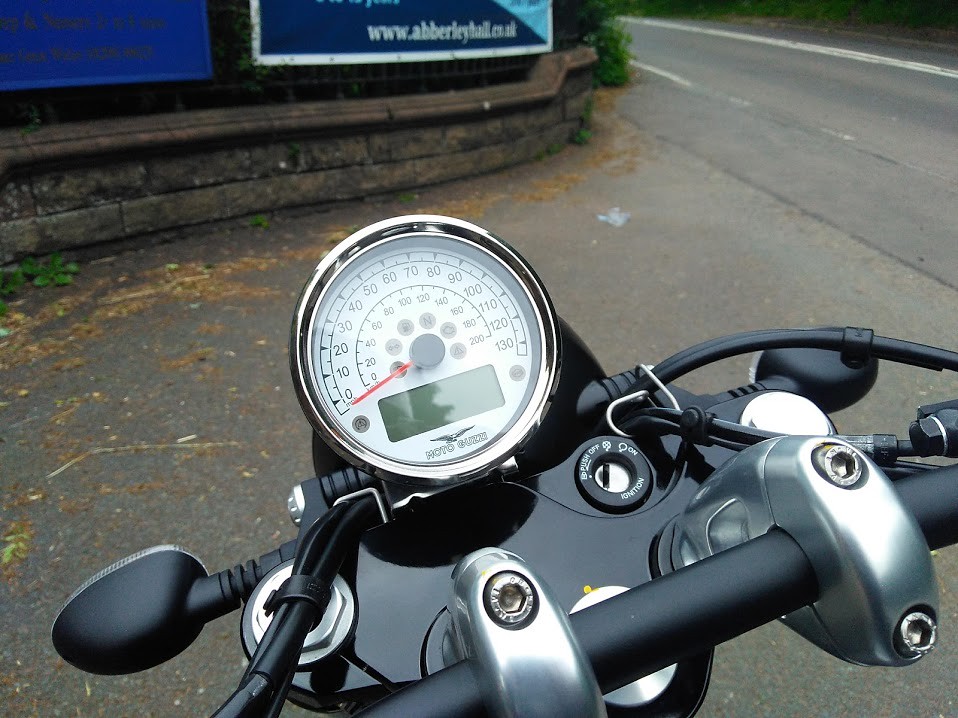 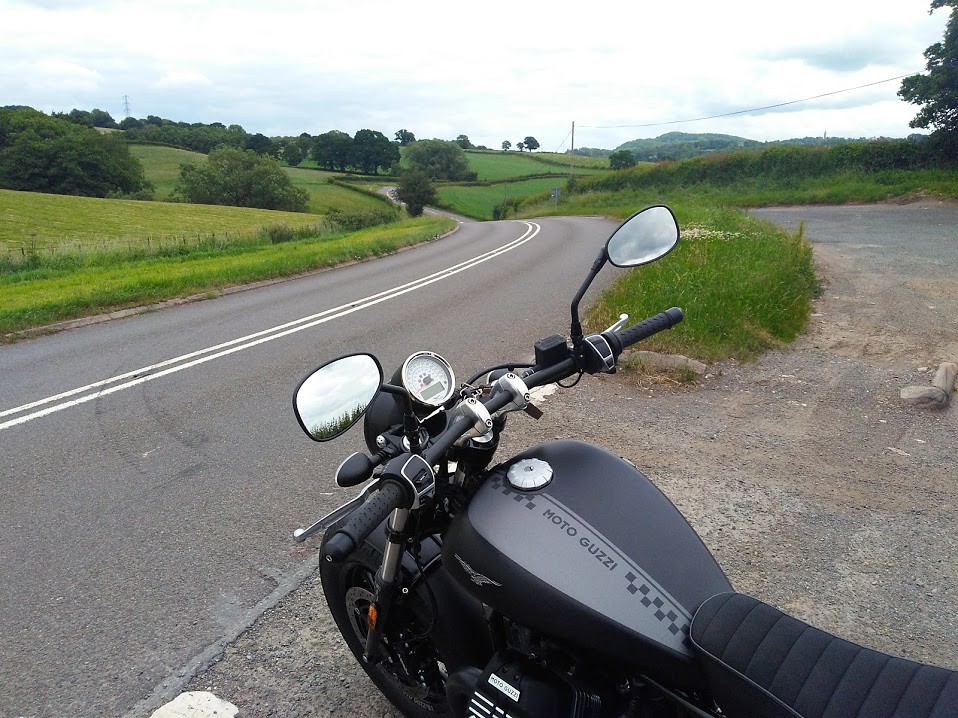 The Guzzi comes in at around £9k depending on how barmy you go in the accessories catalogue, this less than offerings from some of the rivals, so it isn’t bad for a bike from a brand with some real history behind it  Can an Italian bike bring home that American feel? I think it can yes, its a cool bike, looks great and performs well….I can see a brooding Al Pacino type character riding one in a film, cutting through the mean streets and rocking up outside a diner….the V9 is the real deal….