Driven by the need to have something a little quicker and generally more capable than her venerable Piaggio Zip 50 my daughter has just bought herself a 125. This time she has gone for a proper ‘motorbike’ rather than a ‘twist-and-go’ scooter style machine. So she we have to get used to larger wheels a normal riding position and crucially, gears! The bike she has bought is a two year old (2016) Lexmoto ZSA with only 115 miles on the clock. It is obviously virtually as new. It was for sale locally at a good price and seems a bit of a bargain

The engine is an OHV unit, similar in design to the Honda CG unit and it is mated with a 5 speed gearbox. It has a decent instrument pack that includes a rev counter and even a gear indicator, which will be useful to her initially at least. Braking to taken care of with a disc up front and drum at the rear, all very conventional. The styling package is bang up to date and the ZSA is a good looking little bike 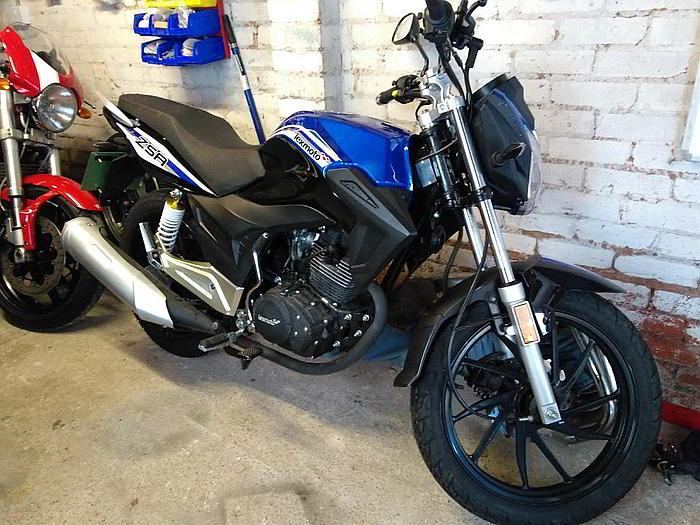 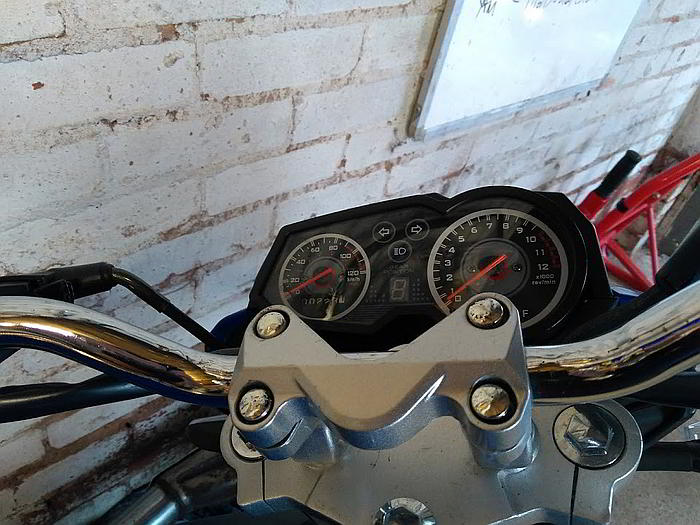 Even boasts a rev counter and a gear indicator

To ride it is smooth and inoffensive. No ball of fire but much quicker than the Zip 50 that proceeded it. The ZSA can hold 50 mph comfortably and clear 60 mph with a little persistence. I rode the bike in the pouring rain, so I wasn’t keen to push still shiny Chinese tyres too hard. But within the sane boundaries of a commuter/learner bike it cornered and stopped OK. The gear change could be crisper, but all five gears were easily found. The foot pegs are set fairly low so the riding position is roomy and feels ‘natural’ for want of a better word.
I think the real test for this bike will not be how it rides, you can only expect so much from a bike that whilst looking bang up to date, is essentially 1970’s technology (it even has a choke!), but rather how it lasts. Chinese bikes do have a reputation for poor finish, so we will have to see if this proves to be true as the miles mount. In the meantime my daughter is very happy with her new mount and is very excited to get some proper use out of it over the summer….  More to follow!